Posted by Carolyn on April 05, 2020
Our travel plans have changed dramatically due to the world pandemic of COVID-19. A post about that will be coming along soon, I promise. For now, I want to capture the beauty and fun that we had on our trip to Guanajuato, Mexico. 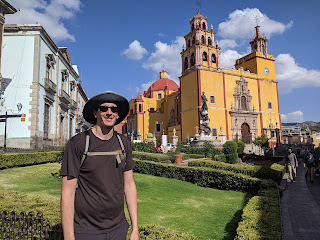 We took a local bus to the main bus terminal (in San Miguel - line 5 or line 1, whichever said "Centro de autobuses" on the front), followed by a first class bus to Guanajuato, and finally a local bus from the bus station to the Guanajuato downtown area. That sounded really suave and put together and like we're experts, but you know we're sweating bullets when we're at the bus stop and not exactly sure which bus to get on or exactly where it's going. We get to practice a lot of "va al central/mercado/centro de autobuses?" with bus drivers who don't care one iota that we're obviously tourists and a bit lost. Our ignorance wasn't as big of a deal in San Miguel de Allende because someone posted a map online of the bus routes. One downside to Guanajuato travel is that the local buses don't have a map. You just have to get on the right bus in the right direction. Each bus has white scribbles across the front of every bus with various city/stop names, and is then wiped off/changed/added to by a guy in the downtown area. Obviously we still have no idea how the system worked, other than taking it to/from the main bus terminal. 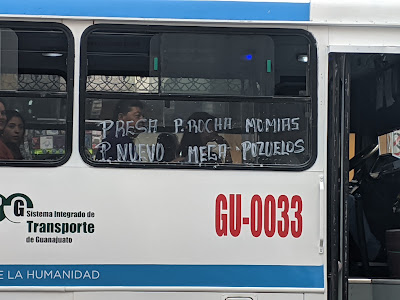 Again we stayed a 1-bedroom apartment on AirBnb that was a ~10 minute walk from the downtown. There was a central garden area that was shared by the host (a sweet older lady that lives alone) with citrus, cactus, and assorted native plants and flowers. We had a small kitchen and a laundry hand wash station on the roof that we used a few times. 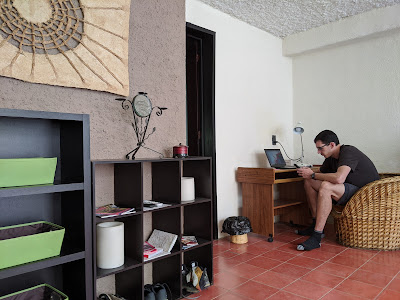 What we did, divided by day:

Guanajuato is known for its mining resources, including gold and silver. It is the birthplace of Diego Rivera, and home to Universidad de Guanajuato.

Day 1:
Arrival and check-in to Airbnb. Per our usual plan we arrived mid afternoon so that we would have plenty of daylight to get situated and stock up on groceries. As was the case in many Mexican cities, there are small markets and stands where you can buy food but since we were staying for 6 days, we headed to the major supermarket in town to stock up. Conveniently this was located right in downtown so it was a manageable walk. In general, the sidewalks were wider than in Sam Miguel de Allende so getting around was safer and easier.

Day 2:
The town is known for it's mining history so we headed to Mina el Nopal to get a tour. The tour was given by a student from the local University who was studying mining. The tour was about an hour and all in Spanish but Carolyn figures she understood ~50% and Wes got about 25% of the information. She showed us the veins where metals would typically be found. Although the tour was all on one level of the mine, we were shown the small chapel and the elevator that took miners (15 at a time in a tiny cage) hundreds of meters lower into the other levels. We were even treated to a ghost story about a little girl who followed her father into the mine and was never seen again, but sometimes you could hear her calling if all the lights are out.... On our way back we stopped for some al pastor tacos from a small shop near our Airbnb. For 100 pesos we were able to both fill up on tacos - what a deal! 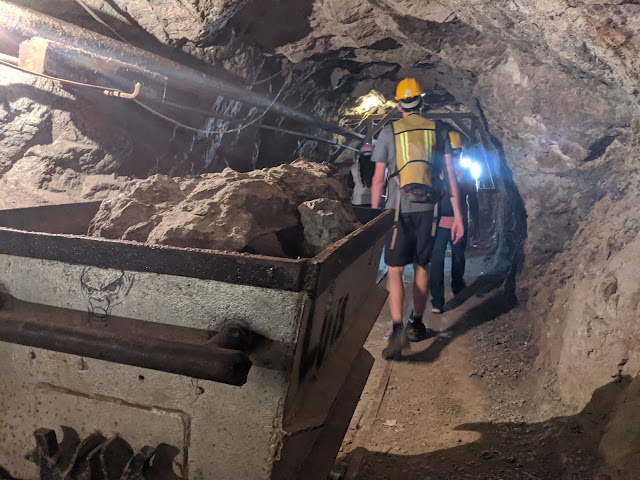 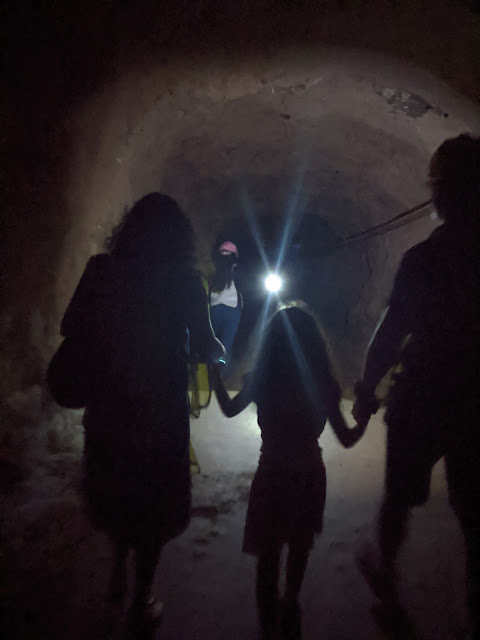 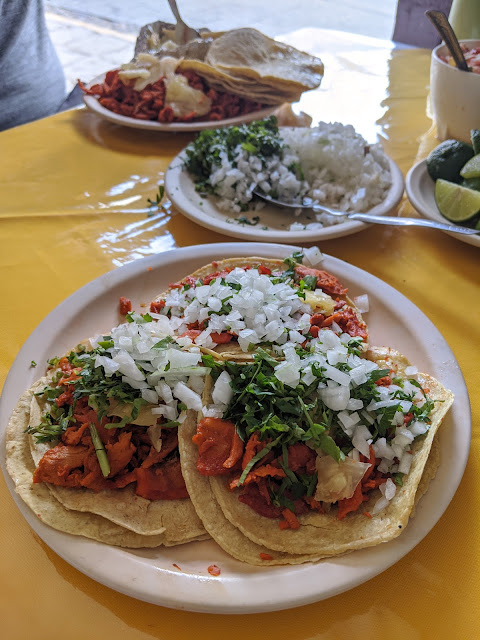 Day 3:
We were hit with an unfortunate kick of dietary sickness so we opted to stay in and rest a bit. The benefit of traveling slow is that there is time for a day to stay in and do yoga/relax/self-care.

One of the things we loved about San Miguel and now Guanajuato is how easy it is to get out of the city and explore the outdoors. We took an Uber for ~50 pesos from our Airbnb to the local hospital just on the outskirts of town. From here it was a couple mile hike to the pinnacle of one of the cliffs that overlooks the whole of Guanajuato. We knew from our research that the trails weren't particularly well marked and that certainly held true. There is a one lane dirt road that takes you most of the way to the top so that was easy enough. At the top we were rewarded with magnificent sweeping views of the downtown to the north and majestic rolling hills to the south. We ate our lunch and decided for a more adventurous route down that took us a little more thought the countryside. The highlight of the trip down were some grazing cattle (that looked a bit aggressive, what are you supposed to do if you meet a bull in the wild?? We've only read about bears), and a herd of goats that someone let wander aimlessly on the hills outside of Guanajuato. It was only a couple of kilometers back to our Airbnb so we walked back so that we could go through the city and admire the architecture and feel more connected to the town. 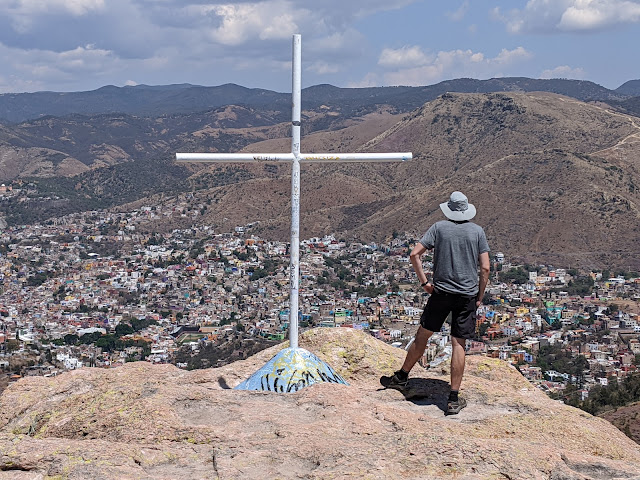 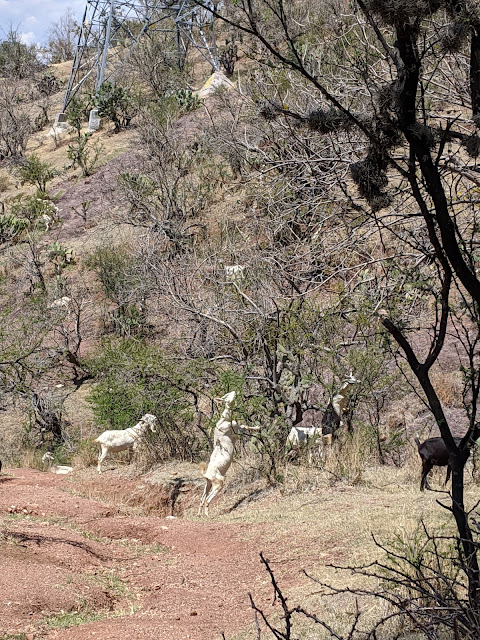 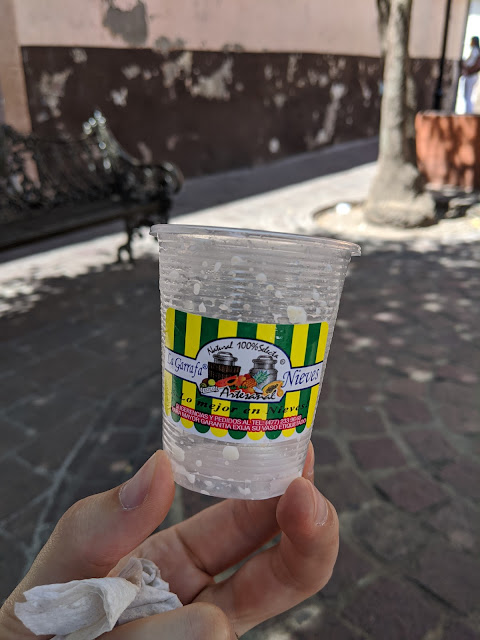 Overall we love Guanajuato. It's a beautiful town with lots to do, easy access to the outdoors, and a friendly community. If we had the opportunity to stay longer we would try to figure out and map the local bus system so we can get around easier! 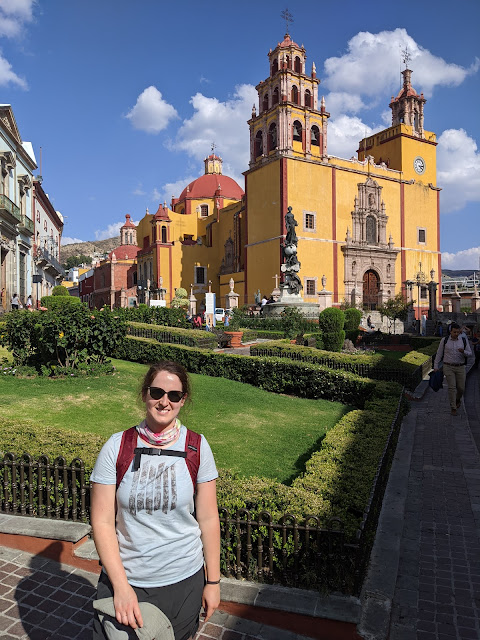 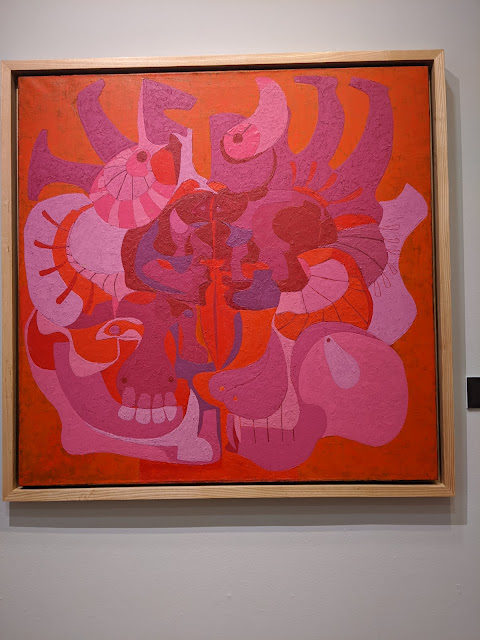 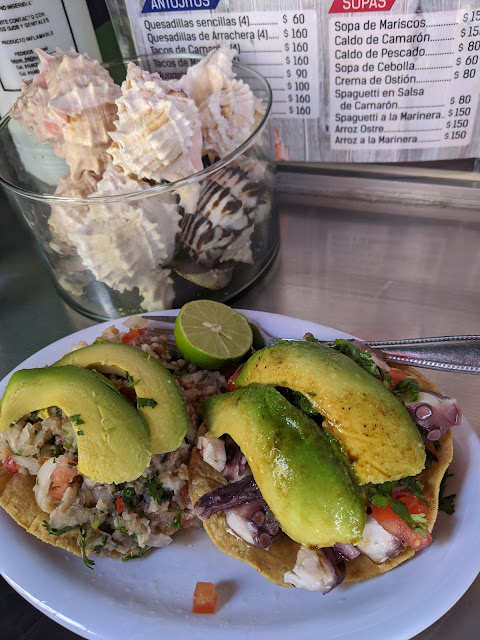 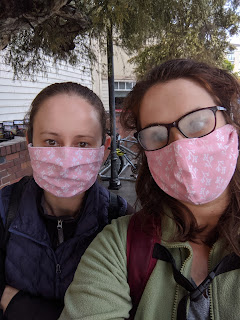 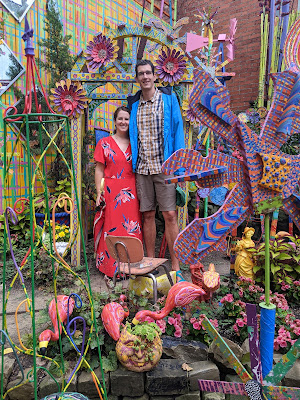 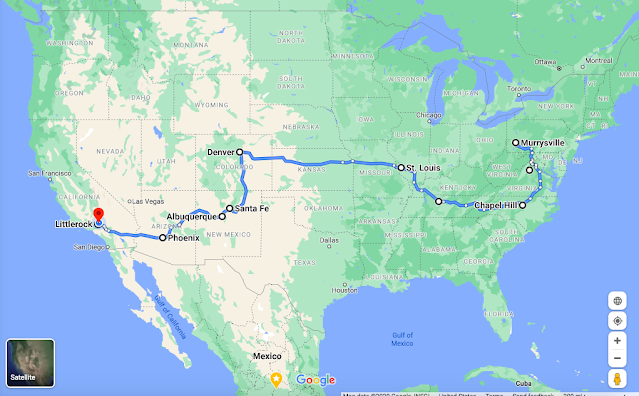